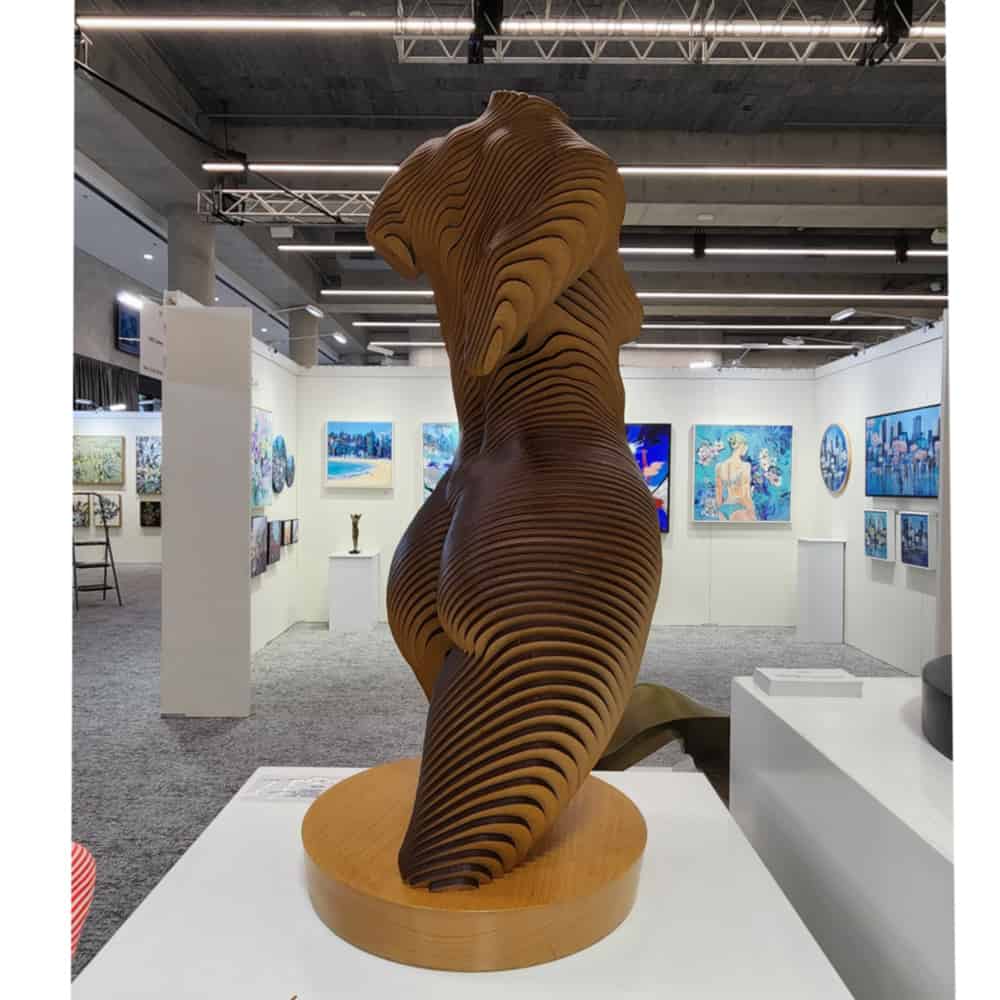 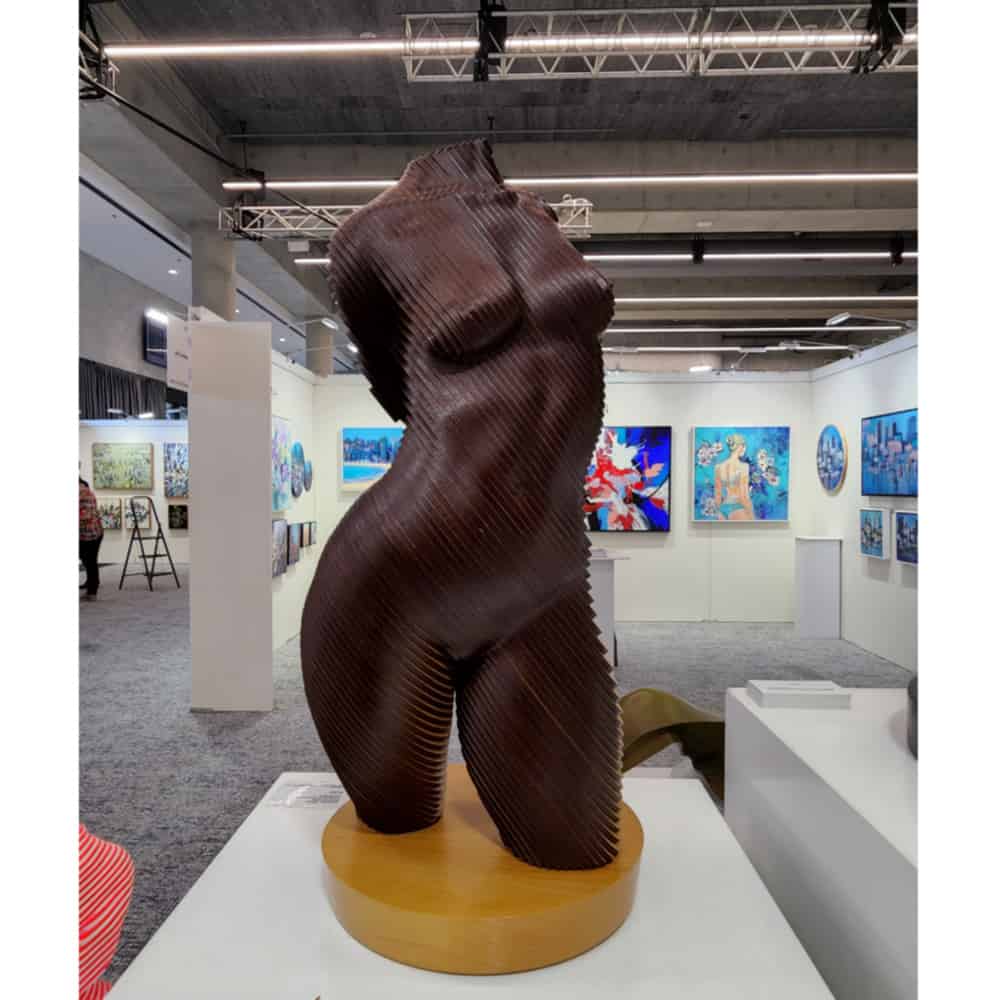 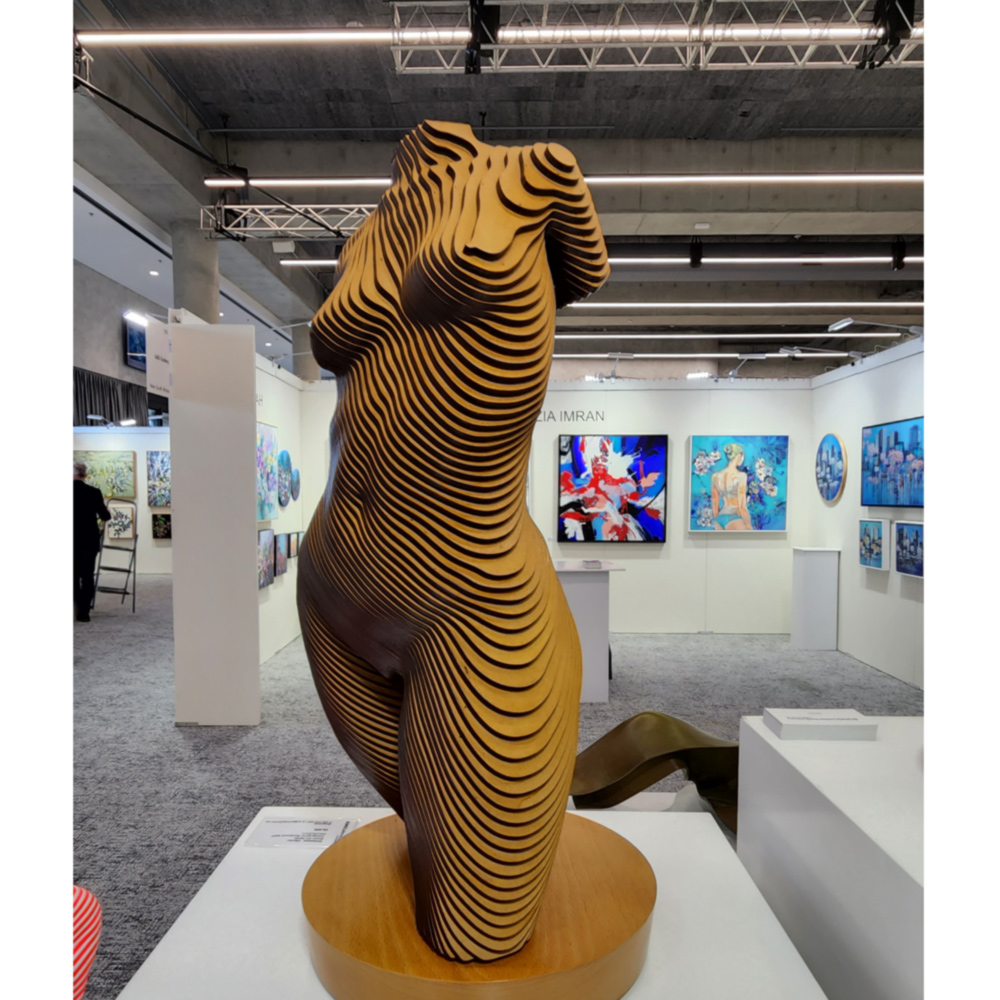 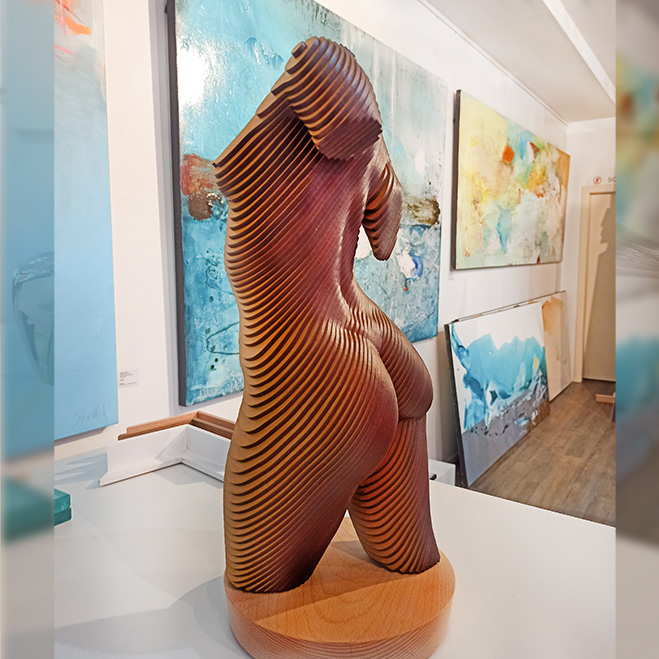 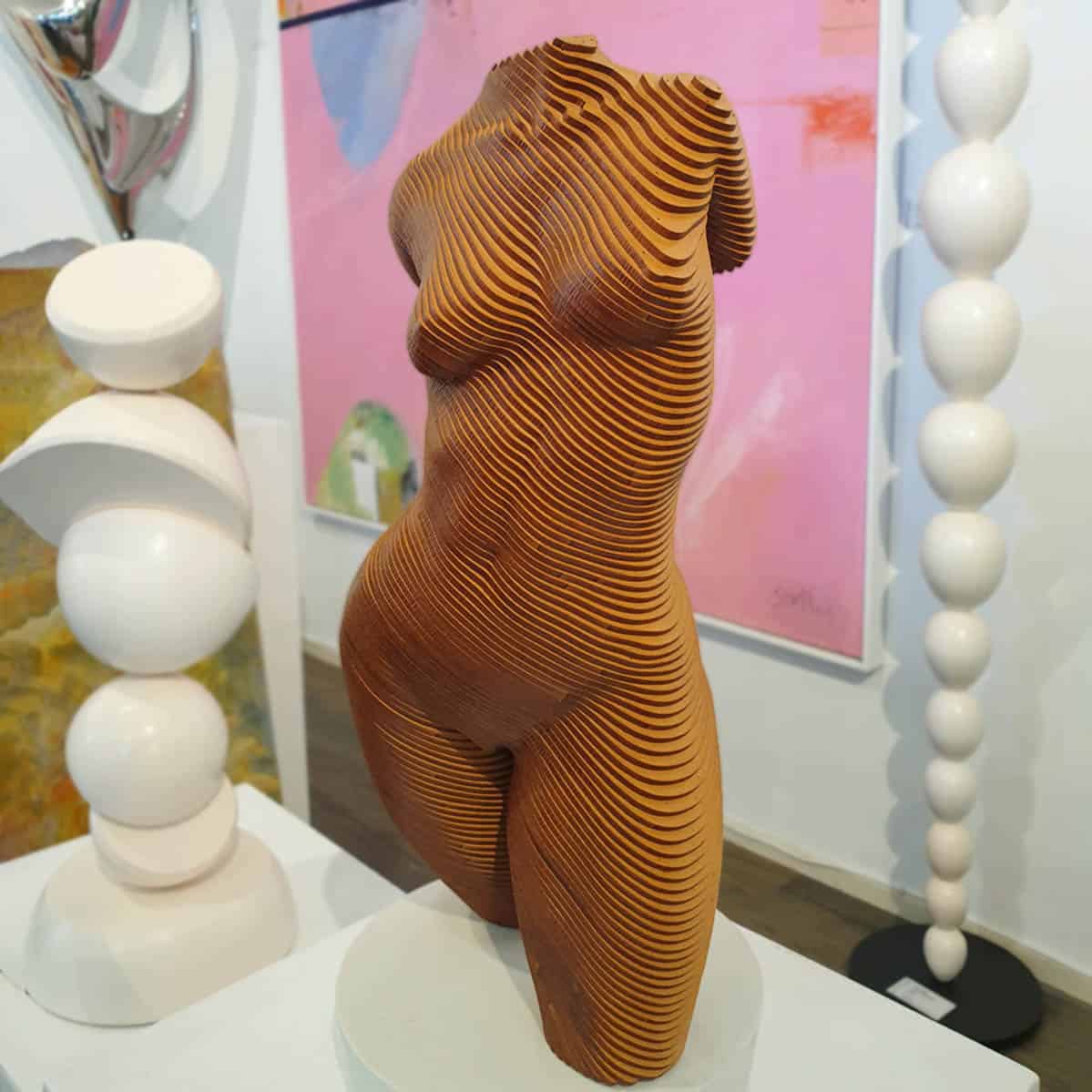 *this sculpture has a carousel built into the base – allowing the two toned effect created through the lazer cutting proccess to be shown off.
View ALL Sculpture currently available from Olivier

“My creations do not convey any particular message, do not attempt any conceptual or symbolist exploration, nor do they search to be innovative at all cost. I am rather trying to simply capture the beauty and sensuality of my subjects of study. When it comes to art, I am chiefly concerned with beauty, emotion and mastery of my craft.”

A New Zealander since 1987, French born Olivier Duhamel is a respected figurative sculptor. A prolific artist and regular exhibitor, Duhamel has acquired a masterful command of the figurative form. His bronze figurines and laminated sculptures have won awards and are held in many private and public collections, including the Wallace Arts Trust.

After extensive travels in Europe, Africa and the South Pacific, the young Duhamel settled in New Zealand in 1987 and became a citizen in 1992. He now lives and works on Waiheke Island near Auckland from where he has spent the last 9 years establishing a bronze sculpture practice and a network of art galleries representing his work in New Zealand, in Australia and in Europe.

Priding himself on the quality of his workmanship, Duhamel casts his bronzes himself in his home foundry. This allows him to keep full control over the entire creative process.
He has been a student of David Reid (bronze casting) and Chrystle Legardinier (etching on copper plate). He has worked on contract for the studio of American sculptor Jeff Koons, NYC Since becoming a full time artist in 2006, Olivier also teaches practical creative workshops, publishes a number of popular art manuals, offers pencil drawings and lifecasting services on commission and runs a life drawing class.