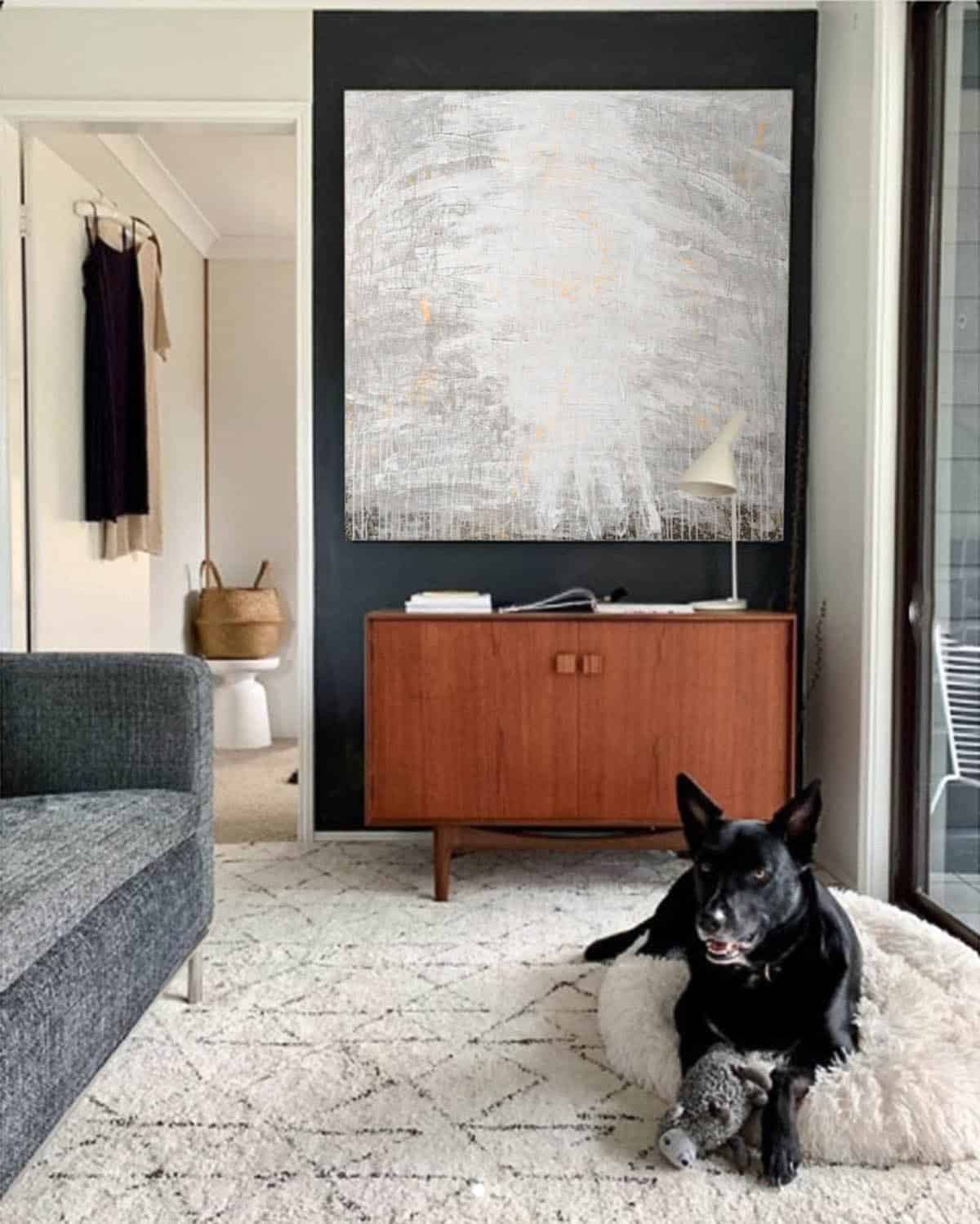 I do not start any work these days with much of a fixed idea, just notions and internal rumors.  Always in front of the canvas no matter the size I find the point is to act, a slash across the middle, always the middle no poncing around the edges like a swimmer putting one’s toe in to see if it’s too cold just in and take the consequences.  The consequences are not that bad no matter what you do its only canvas and coloured muds after all. The meaning of it, the art is in the act. The failure to act and be the verb condemns one to the wilderness of names and pronouns a desolate place, an all too known place a space of bourgeois respectability and timidity.  Art is after all, dangerous.

What then am I searching for?  Language but not that which we use in our workaday lives. No this is the language of creativity. Possibly what Carl Jung described as a system of signs and symbols to navigate the subconscious. It is also more of a creole than a systemized language weak on structure, strong on adaptability, vocabulary and always in a state of becoming something new.  We all have it but too often this creative language is lost in the process of growing up and the regimentation of education, a system that has surely lost its way.

I find that I’m getting fiercer about these things as I age. Perhaps the only positive about this arcane and not especially enlightening process called ‘growing old’ no matter what they say about the fifties’ being our new middle age…is its bunkum! One is less likely to put up with stuff (and people as well) that wastes one’s time because one does not have all that much of the latter left to waste. Best be getting on with the verb of life not to mention ‘Art’. Because it remains a chance encounter of immense significance, the self with oneself … to know oneself.