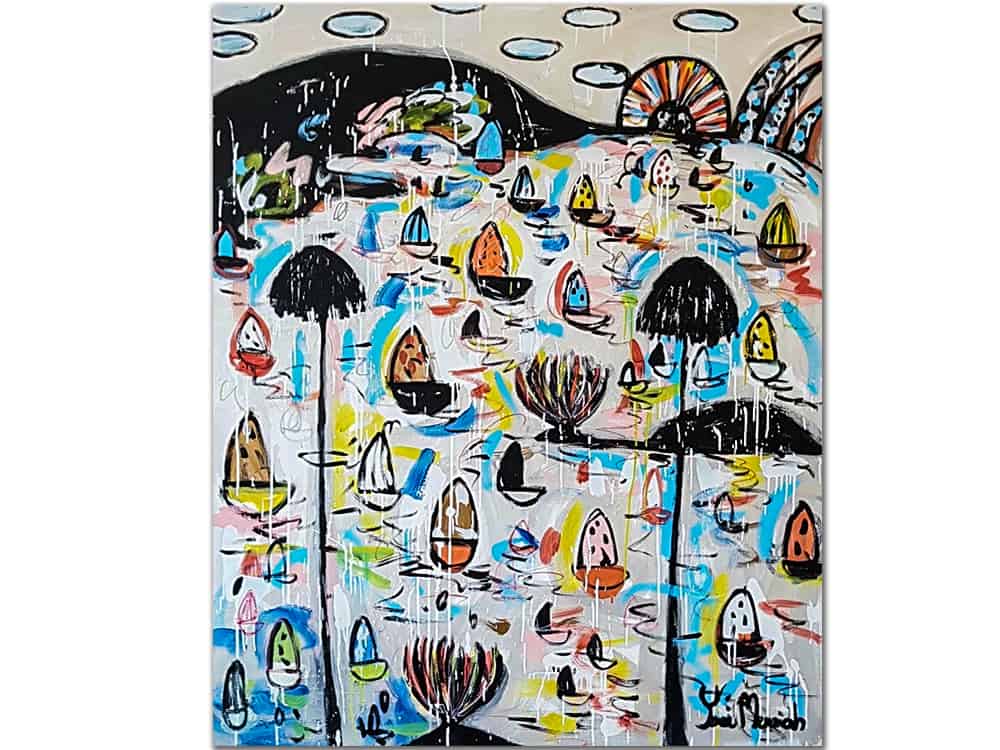 Born in Israel, Yosi Messiah is a successful, multi-award-winning figurative abstract artist based in Sydney.

His work is characterised by a love of mark-making, a bold and exuberant colour palette, a vibrant collection of characters and a maelstrom of emotions. Fast and free, his bold colour combinations are an exciting visual experience. His technique of laying down colour and intricate brush strokes in sections, gives a unique sense of depth and movement to his work, bringing the paintings to life.

His still life, portraits and seductive figures form a cohesive body of work. His technique is spontaneous and physical with his use of layers and colours to create the loose lines in his figures. The women and Geishas are imaginary, soft and elegant with exaggerated eyes, expressing their strength, and inviting the viewer to bring their own interpretation to his works.

Yosi’s latest vivacious Sydney harbour-landscape paintings, are a result of careful observation of the harbour’s enchanting beauty, reflecting its vibrancy with its ever-changing colours and shapes.