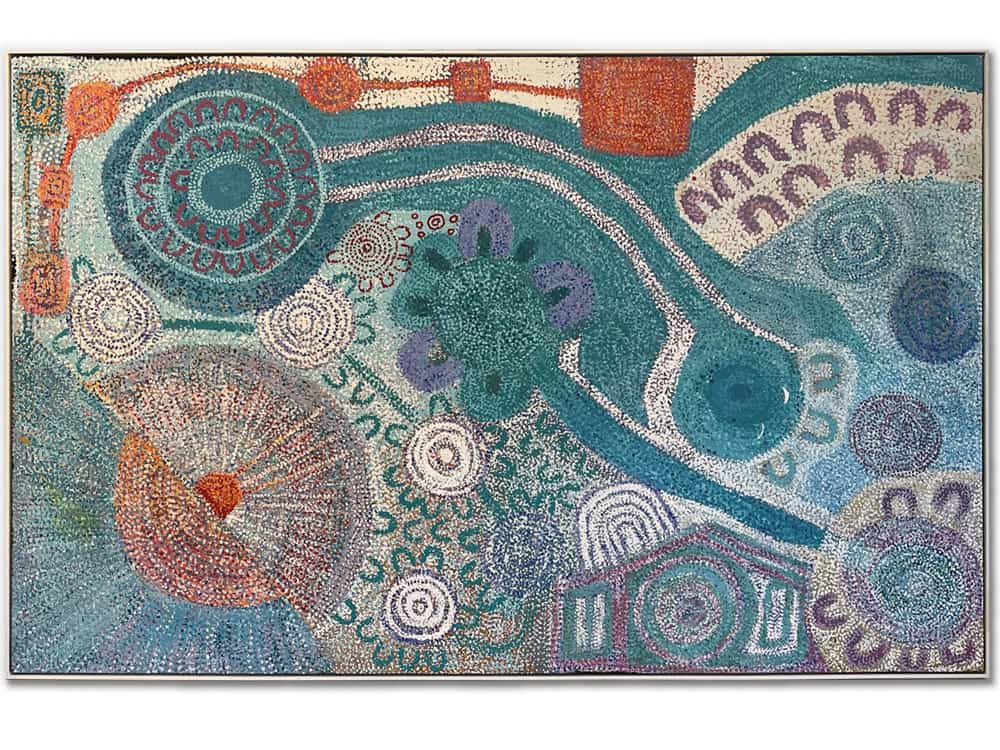 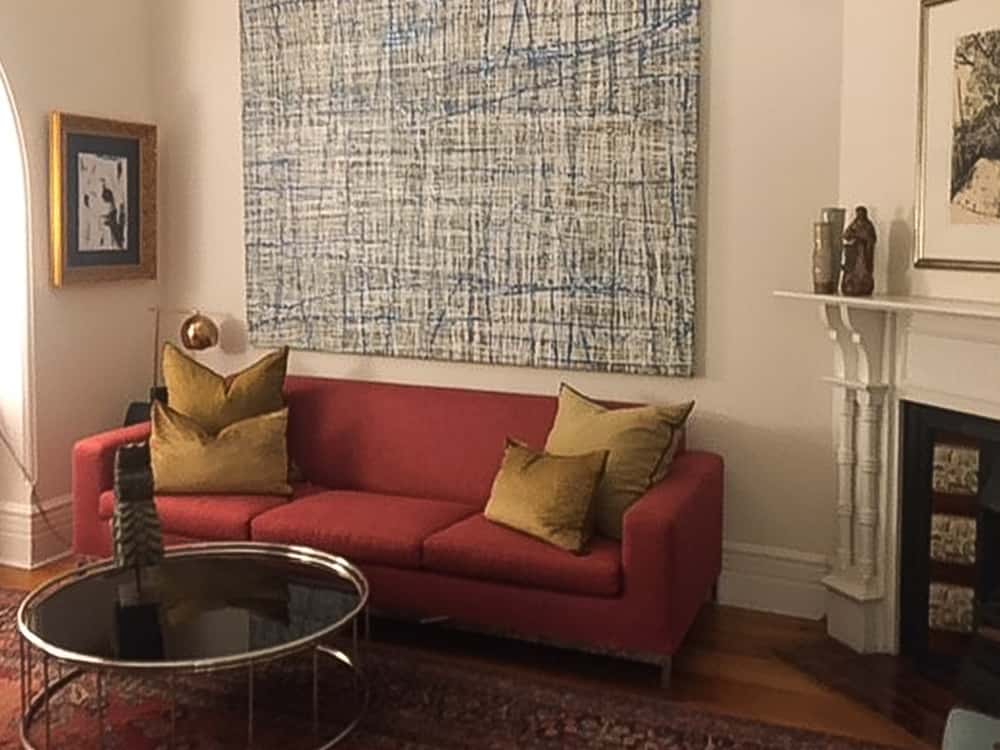 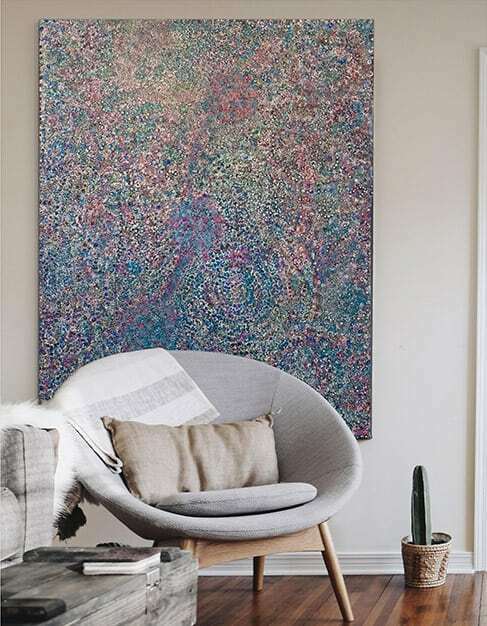 Language: Anmatyerre/Alyawarre
Biography:
Freddy was born in Darwin in 1986 to a family of accomplished artists.
Freddy’s mother is Barbara Weir and his Grandmother is Minnie Pwerle, both highly respected artists from Utopia, a community located 240 kilometres north east of Alice Springs known for its quality art. He is also the adopted nephew of the famous artist Emily Kame Kngwarreye (in Aboriginal Law).
Freddy began painting in 1989 at Alice Springs. His work has sold to many collections in Australia and overseas including Germany, Amsterdam, Paris, Switzerland and New York.
Freddy regularly visited Utopia with his family as a very young child, often staying for long periods before travelling to Alice Springs or Adelaide.
Freddy has two painting styles. “Sand Dunes,” which was nominated for the Telstra Awards in 2003, represents the flow of the wind over the sands of Atnwengerrp (Utopia). In these paintings Freddy is replicating the effect of the wind in creating the rippling Atnwengerrp sand dunes.
Freddy’s recent paintings are called “Scorpion Dreaming”. The Scorpion Dreaming has been passed down to Freddy by his grandmother’s family. As its sting is often very painful, the scorpion is left undisturbed and is respected at all times. It is rarely seen during the day but each morning the patterns of the scorpions’ tracks in the desert sand remind everyone of its presence.
Fred’s Scorpion Dreaming paintings are inspired by the courtship dance of the male and female scorpion. The scorpions interlock their pincers and travel back and forth in an intricate dance for several hours and sometimes for up to twenty-four hours. The tracks they leave behind are criss-crossed over and over again, creating an artwork on the desert sand. Freddy’s “Scorpion Dreaming” represents the energy and vigour of the endless movements of the scorpions ritual desert courtship dance in a powerful way.