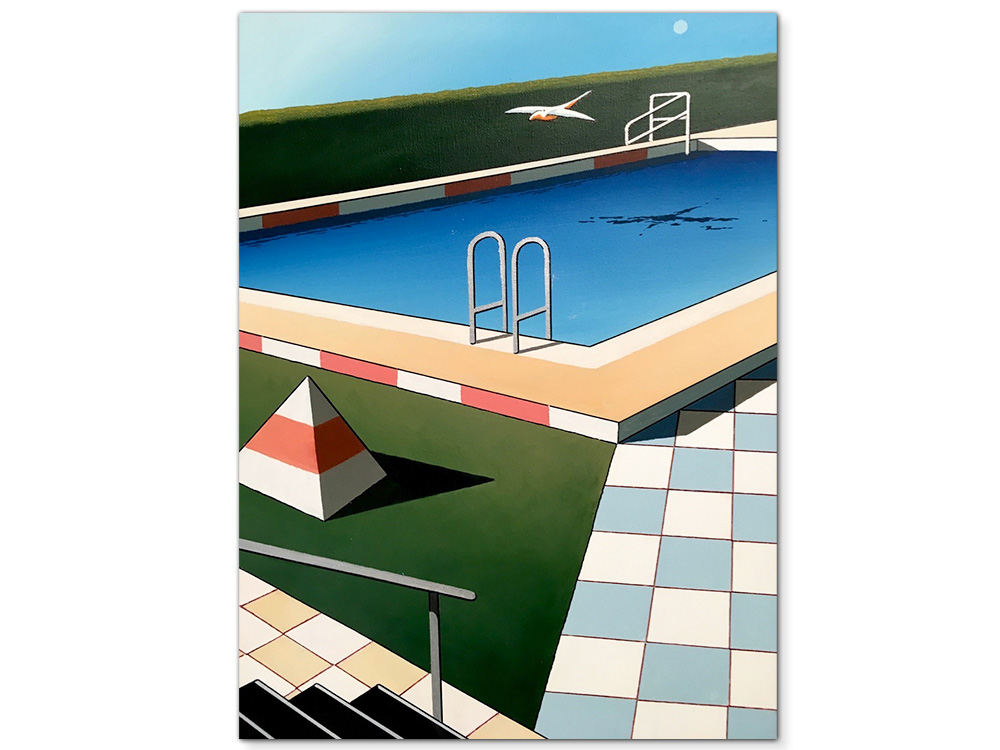 This seminal exhibition was enthusiastically received by the public and began a successful career as a professional painter for Willebrant which has spanned 43 years and over 60 One Man exhibitions throughout Australia and overseas. His work features in major private, public and corporate collections [including: The National Galleries of Victoria, NSW and Queensland, Many Regional Galleries, Parliament House Collection, Australia-Japan Trade Commission, Sydney Theatre Company, Qantas, Australian Embassy [Tokyo], Artbank, Australian Stock Exchange, The Deutsche Bank and several Major University Collections].

In the mid 70’s James Willebrant became part of the exciting evolution of the Art Scene in Australia, showing his work at the Australian Galleries in Melbourne and with the Kym Bonython Gallery in Sydney. These two galleries in particular were at the forefront of the revolution that supported a new generation of Australian Artists and captured the imagination of the Australian public. Willebrant and contemporaries such as Brett Whiteley, Tim Storrier, John Coburn, Martin Sharpe and John Firth-Smith continued to redefine, explore and celebrate the Australian Spirit/Experience.

Like many Australian artists Willebrant uses the Australian landscape as an inspirational springboard for his exploration and celebration of the Human Condition. His idiosyncratic response has seen the development of a style and vision, the uniqueness of which is immediately recognisable. He has nurtured and honed this original vision over many years; refusing to compromise it’s integrity, and above all respecting the work and the life of each painting.

His style has been variously labelled, Surreal, Naive, Pop Art, and even Existential…but no label can really encompass or describe the subtleties of this artists’ unique work. He paints the Australian landscape and captures it’s amazing light. He celebrates nostalgic Australian popular culture….. He paints the human form in this landscape and as we look at his “everyman-everywoman” figures, caught in a particular moment of ‘being’, we are brought back to some personal emotion, experience or memory…..Such a response needs no label or critical thesis…It just is..the essence of Good Art. It provokes, it stimulates, and it celebrates. It defines something about our essence, which is beyond words.

“My fascination with Australia’s Eastern Seaboard and its iconic architectural beauty springs from my teenage years living in Sydney’s North and being an avid surfer and later, extensively travelling the East Coast playing in rock and roll bands. The Art Deco Bathing Pavilions, Surf Clubs and Ocean Baths have been a constant motif and preoccupation in my work. My sharply defined style aims to not only capture something about the Australian experience of landscape – how we impose ourselves upon it, how we exist in it, but to also explore how our intense antipodean light illuminates and dominates that whole experience”