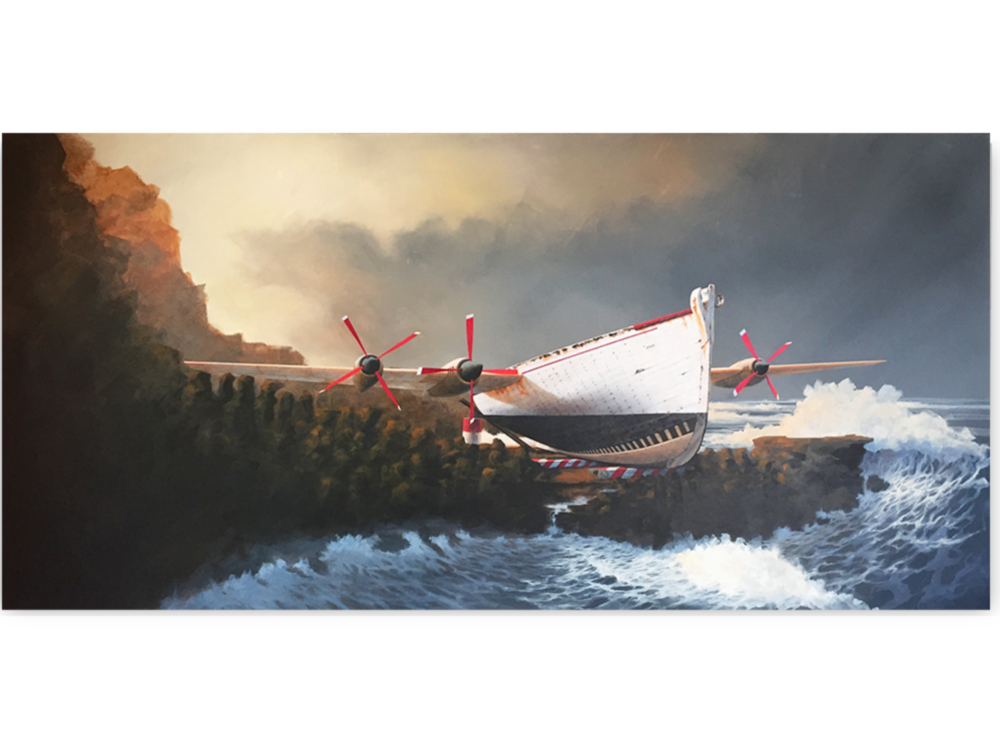 ROSS WILSMORE
Held in many corporate and private collections both in Australia and overseas Ross Wilsmore artwork is instantly recognizable.
Originally a graphic designer from the Caulfield institute of technology he worked as an art director in Melbourne advertising agencies before becoming a freelance designer illustrator. Now a sophisticated emerging artist his work is fast becoming collectable. His works are dramatic and thought provoking in their simplicity. A sensitive colour palette, subtle light situations and distorted perspective all combine to create a surreal mood. Simple everyday scenes with interesting objects juxtaposed and isolated, so as one points to and accentuates the character of the other. The graphic designer within often re-emerges with graphic elements often appearing to add drama to the story

Even though the majority of his career was as a graphic artist, right from the start, Ross Wilsmore always dabbled in art. As a 16-year-old schoolboy he was providing the artwork for
surfboards – in return for being able to create his own boards. This is a hobby that he still pursues, although the board art has changed to a more stylized, contemporary version. Now, he is a sophisticated artist whose work is instantly recognizable and is held in corporate and private collections. He  takes simple locations such an outback air strip or a seaside dock and builds a powerful landscape image. Ross qualified as a graphic artist at the Caulfield Institute of Technology and later went on to study Applied Art at the Prahran Institute. He then worked for more than 25 years as a graphic  designer and consultant for advertising agencies. Three years ago, he cut himself free to work on his own art out of his studio in Cheltenham, Victoria.  When working on a piece, Ross begins with the sky and the mood it creates, building layer upon layer, while all the time working forward. He is  influenced by his graphics background and his appreciation of the urban landscape and its control of the people who move through it. He paints with acrylics, accentuating the mood with colours, perspective, angles and the composition. His images are thought provoking in their simplicity, the colours and mood often surreal. Through the juxtaposition of elements of art in the landscape, he points to the character in both and that, in turn, becomes a piece of art. Sometimes, he says, the result is art within art.